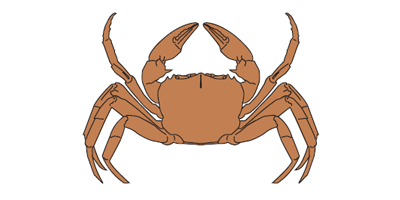 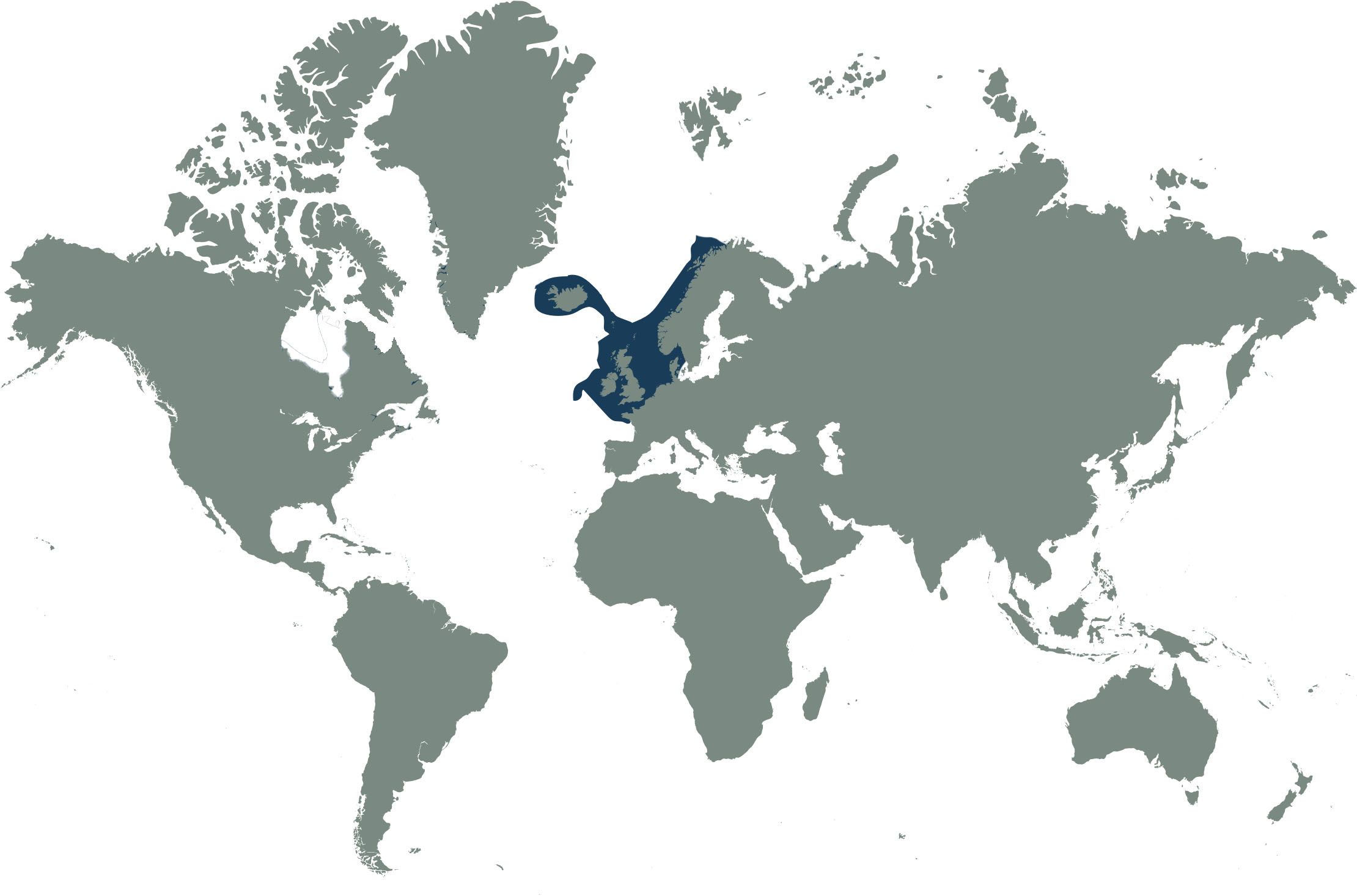 Brown Crab is the most common crab in Norway.  It can be found on the northeastern Atlantic coasts and in the North Sea, all the way up to Finnmark. During winter, it often goes to deeper waters to avoid the cold surface. It thrives on hard bottoms, but the mature female moves into sandy bottom areas to spawn.

Crabs reach sexual maturity after about 7 years. In order to grow, they have to moult (shed their shell) repeatedly. Sexually mature crabs moult in the autumn and immediately after a female has moulted, mating takes place. Female crabs store the sperm for over a year and the eggs are then fertilized the following autumn. They keep the eggs under their “tail” for around 8 months before the eggs hatch. While the eggs develop they lie partly buried in the sand and to prepare themselves for this period, the females feed up on nutritious foods. Mature crabs moult every three or four years, however they can produce roe two or three times without moulting.

Crab larvae float freely in the water for about 2 months, moulting 7 times. When they settle, they are around 2.5 millimetres long. A year later they have changed shells several times and are 1.5 centimetres long.

Crab clustermeat cooked from the cluster and leg.  Packed in 7,5kgs block.